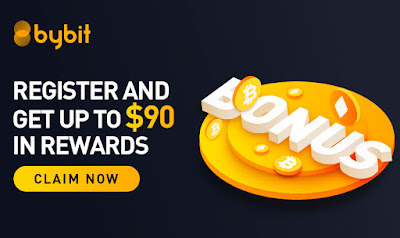 Hundreds of thousands of deaths, from either tobacco or the pandemic, could be prevented with a single behavioral change.

The end state of this pandemic may indeed be one where COVID comes to look something like the flu. Both diseases, after all, are caused by a dangerous respiratory virus that ebbs and flows in seasonal cycles. But I’d propose a different metaphor to help us think about our tenuous moment: The “new normal” will arrive when we acknowledge that COVID’s risks have become more in line with those of smoking cigarettes—and that many COVID deaths, like many smoking-related deaths, could be prevented with a single intervention.

The pandemic’s greatest source of danger has transformed from a pathogen into a behavior. Choosing not to get vaccinated against COVID is, right now, a modifiable health risk on par with smoking, which kills more than 400,000 people each year in the United States. Andrew Noymer, a public-health professor at UC Irvine, told me that if COVID continues to account for a few hundred thousand American deaths every year—“a realistic worst-case scenario,” he calls it—that would wipe out all of the life-expectancy gains we’ve accrued from the past two decades’ worth of smoking-prevention efforts.

The COVID vaccines are, without exaggeration, among the safest and most effective therapies in all of modern medicine. An unvaccinated adult is an astonishing 68 times more likely to die from COVID than a boosted one. Yet widespread vaccine hesitancy in the United States has caused more than 163,000 preventable deaths and counting. Because too few people are vaccinated, COVID surges still overwhelm hospitals—interfering with routine medical services and leading to thousands of lives lost from other conditions. If everyone who is eligible were triply vaccinated, our health-care system would be functioning normally again. (We do have other methods of protection—antiviral pills and monoclonal antibodies—but these remain in short supply and often fail to make their way to the highest-risk patients.)Countries such as Denmark and Sweden have already declared themselves broken up with COVID. They are confidently doing so not because the virus is no longer circulating or because they’ve achieved mythical herd immunity from natural infection; they’ve simply inoculated enough people.

President Joe Biden said in January that “this continues to be a pandemic of the unvaccinated,” and vaccine holdouts are indeed prolonging our crisis. The data suggest that most of the unvaccinated hold that status voluntarily at this point. Last month, only 1 percent of adults told the Kaiser Family Foundation that they wanted to get vaccinated soon, and just 4 percent suggested that they were taking a “wait-and-see” approach. Seventeen percent of respondents, however, said they definitely don’t want to get vaccinated or would do so only if required (and 41 percent of vaccinated adults say the same thing about boosters). Among the vaccine-hesitant, a mere 2 percent say it would be hard for them to access the shots if they wanted them. We can acknowledge that some people have faced structural barriers to getting immunized while also listening to the many others who have simply told us how they feel, sometimes from the very beginning.

The same arguments apply to tobacco: Smokers are 15 to 30 times more likely to develop lung cancer. Quitting the habit is akin to receiving a staggeringly powerful medicine, one that wipes out most of this excess risk. Yet smokers, like those who now refuse vaccines, often continue their dangerous lifestyle in the face of aggressive attempts to persuade them otherwise. Even in absolute numbers, America’s unvaccinated and current-smoker populations seem to match up rather well: Right now, the CDC pegs them at 13 percent and 14 percent of all U.S. adults, respectively, and both groups are likely to be poorer and less educated.

In either context, public-health campaigns must reckon with the very difficult task of changing people’s behavior. Anti-smoking efforts, for example, have tried to incentivize good health choices and disincentivize bad ones, whether through cash payments to people who quit, gruesome visual warnings on cigarette packs, taxes, smoke-free zones, or employer smoking bans. Over the past 50 years, this crusade has very slowly but consistently driven change: Nearly half of Americans used to smoke; now only about one in seven does. Hundreds of thousands of lung cancer deaths have been averted in the process.

With COVID, too, we’ve haphazardly pursued behavioral nudges to turn hesitant into the inoculated. Governments and businesses have given lotteries and free beers a chance. Some corporations, universities, healthcare systems, and local jurisdictions implemented mandates. But many good ideas have turned out to be of little benefit: A randomized trial in nursing homes published in January, for example, found that an intensive information-and-persuasion campaign from community leaders had failed to budge vaccination rates among the predominantly disadvantaged and low-income staff. Despite the altruistic efforts of public health professionals and physicians, it’s becoming harder by the day to reach immunological holdouts. Booster uptake is also lagging far behind.

This is where the “new normal” of COVID might come to resemble our decades-long battle with tobacco. We should neither expect that every stubbornly unvaccinated person will get jabbed before next winter nor despair that none of them will ever change their mind. Let’s accept instead that we may make headway slowly, and with considerable effort. This plausible outcome has important, if uncomfortable, policy implications. With a vaccination timeline that stretches over years, our patience for restrictions, especially on the already vaccinated, will be very limited. But there is a middle ground. We haven’t banned tobacco outright—in fact, most states protect smokers from job discrimination—but we have embarked on a permanent, society-wide campaign of disincentivizing its use. Long-term actions for COVID might include charging the unvaccinated a premium on their health insurance, just as we do for smokers, or distributing frightening health warnings about the perils of remaining uninoculated. And once the political furor dies down, COVID shots will probably be added to the lists of required vaccinations for many more schools and workplaces.

To compare vaccine resistance and smoking seems to overlook an obvious and important difference: COVID is an infectious disease and tobacco use isn’t. (Tobacco is also addictive in a physiological sense, while vaccine resistance isn’t.) Many pandemic restrictions are based on the idea that any individual’s behavior may pose a direct health risk to everyone else. People who get vaccinated don’t just protect themselves from COVID; they reduce their risk of passing on the disease to those around them, at least for some limited period of time. Even during the Omicron wave, that protective effect has appeared significant: A person who has received a booster is 67 percent less likely to test positive for the virus than an unvaccinated person.

But the harms of tobacco can also be passed along from smokers to their peers. Secondhand smoke inhalation causes more than 41,000 deaths annually in the U.S. (a higher mortality rate than some flu seasons). Yet despite smoking’s well-known risks, many states don’t completely ban the practice in public venues; secondhand smoke exposure in private homes and cars—affecting 25 percent of U.S. middle- and high-school children—remains largely unregulated. The general acceptance of these bleak outcomes, for smokers and nonsmokers alike, may hint at another aspect of where we’re headed with COVID. Tobacco is lethal enough that we are willing to restrict smokers’ personal freedoms—but only to a degree. As deadly as COVID is, some people won’t get vaccinated, no matter what, and both the vaccinated and unvaccinated will spread the disease to others. A large number of excess deaths could end up being tolerated or even explicitly permitted. Noel Brewer, a public-health professor at the University of North Carolina, told me that anti-COVID actions, much like anti-smoking policies, will be limited not by their effectiveness but by the degree to which they are politically palatable.

Without greater vaccination, living with COVID could mean enduring a yearly death toll that is an order of magnitude higher than the one from flu. And yet this, too, might come to feel like its own sort of ending. Endemic tobacco use causes hundreds of thousands of casualties, year after year after year, while fierce public-health efforts to reduce its toll continue in the background. Yet tobacco doesn’t really feel like a catastrophe for the average person. Noymer, of UC Irvine, said that the effects of endemic COVID, even in the context of persistent gaps in vaccination, would hardly be noticeable. Losing a year or two from average life expectancy only bumps us back to where we were in … 2000.

Chronic problems eventually yield to acclimation, rendering them relatively imperceptible. We still care for smokers when they get sick, of course, and we reduce harm whenever possible. The healthcare system makes $225 billion every year for doing so—paid out of all of our tax dollars and insurance premiums. I have no doubt that the system will adapt in this way, too, if the coronavirus continues to devastate the unvaccinated. Hospitals have a well-honed talent for transforming any terrible situation into a marketable “center of excellence.”

COVID is likely to remain a leading killer for a while, and some academics have suggested that pandemics end only when the public stops caring. But we shouldn’t forget the most important reason that the coronavirus isn’t like the flu: We’ve never had vaccines this effective in the midst of prior influenza outbreaks, which means we didn’t have a simple, clear approach to saving quite so many lives. Compassionate conversations, community outreach, insurance surcharges, even mandates—I’ll take them all. Now is not the time to quit.